It has been another good future couple boxer for the fourth one between Phetrung Phetchareon to fight with Phanphet Sitnumnoi prior Panphet to become the winner for favoring all of the Muay Thai fans in Thailnad everywhere in the world. Thus, the professional promoter or Singkaserm Bangponlamuengdee said as this following: 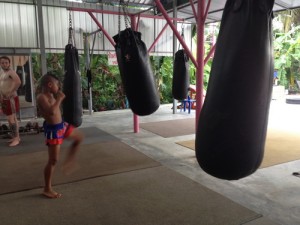 “For this fourth couple boxer of TGN channel, they are the good future ones although they just fought on TGN for the first time. However, they have fought excellently with funniness , so the teamwork of Kertphet would like to create the good name of them further. Moreover, it has the high prone for them to fight with each other again , except for be symphatized with Phanphet after he has fought instead of the old one with his less preparedness . As the result, it should take care of them well because both of them are the new generation with great performance.